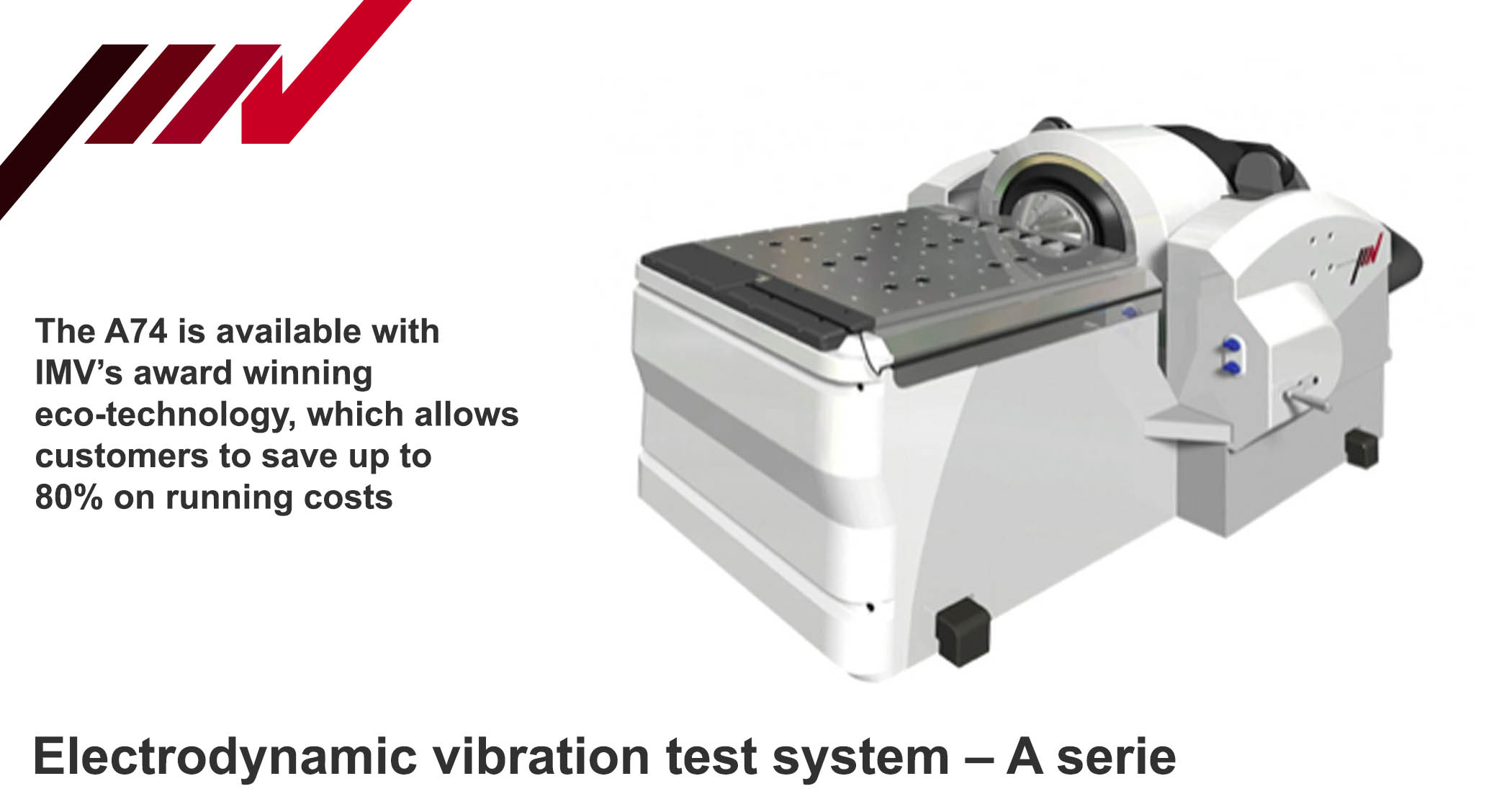 Growing focus on electric vehicles transforms the automotive sector
The UK and France have promised to ban the sale of new petrol and diesel vehicles by 2040, and with one leading European manufacturer announcing that all new models will be electric or hybrid from 2019, significant changes are happening in the automotive industry and IMV is more than ready for them!

The A74 increases the relative excitation force to provide a maximum of. 3.5m/s shock velocity testing. With a displacement of 76.2mmp-p (3inch stroke), it gives an excellent balance between specification of velocity, acceleration and displacement. The A74 is also available with IMV’s award winning eco-technology, which allows customers to save up to 80% on running costs and conduct quieter tests with a lower carbon footprint. It has been designed in accordance with IMV’s user first principle and has a range of features devised to aid the user experience, including the ability to remotely view and monitor the test online. Another notable feature of the A series is its slip table which has a newly developed hydrostatic and hydraulic bearing offering high moment resistance, low cross-axis acceleration and low distortion.