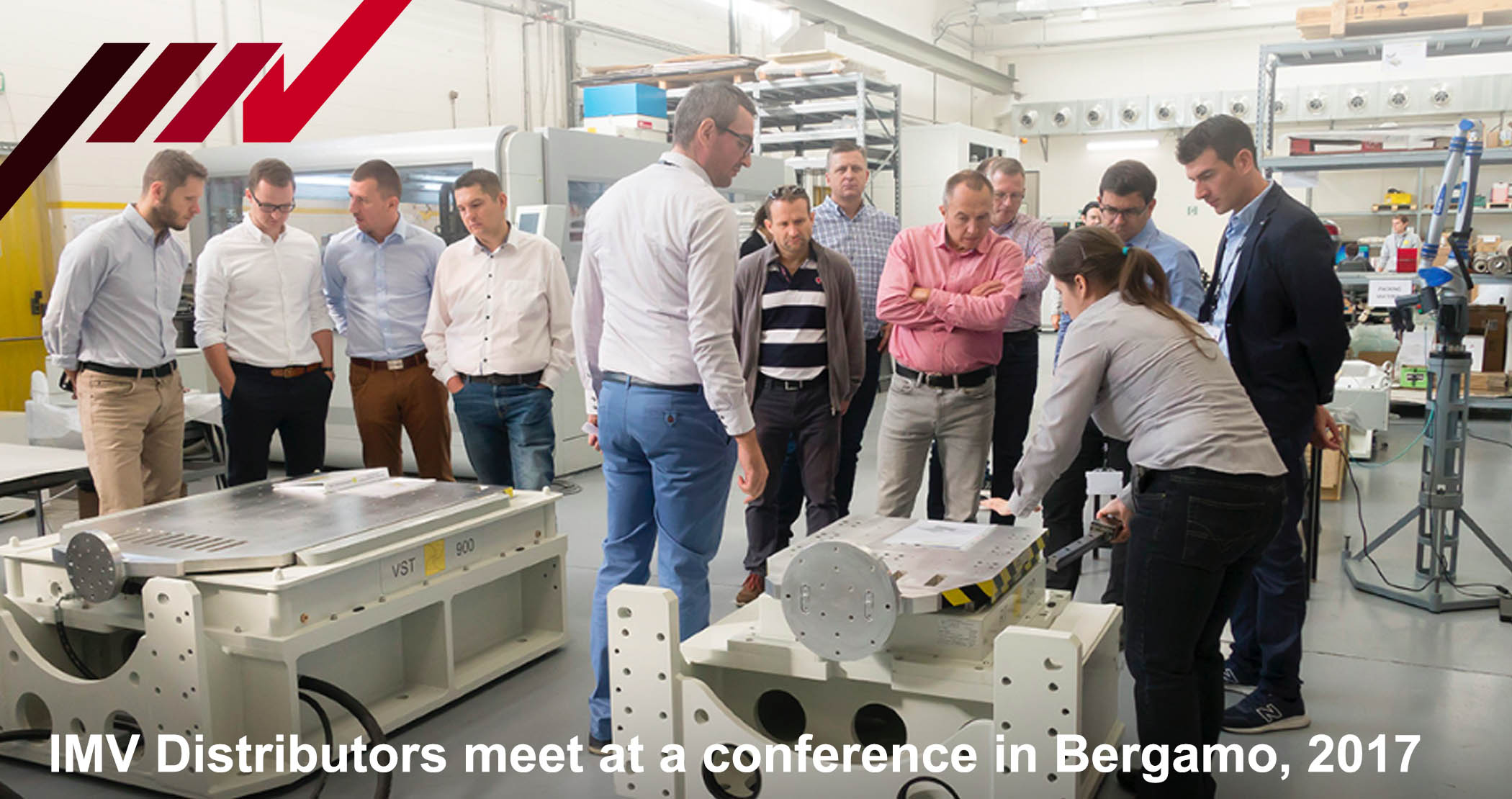 This year’s conference was hosted by the firm Centrotecnica, testing lab and distributor of IMV’s successful and environmentally compatible shakers. After the official welcome, John Goodfellow, Director IMV Europe Ltd., spoke about the current market situation of IMV Europe.

Advantages of the K2 shaker
Martin Engelke, Marketing and Sales Manager IMV, from Munich, augmented John Goodfellow’s information before he presented the new website for Europe and accessory units such as the stroboscope camera produced by the firm Limess. The camera makes vibrations and rotations visible and records them in slow motion. New to the global IMV team is Andy Cogbill. His job will be to further promote the sale of IMV shakers in the US. In Bergamo, Cogbill gave a talk on “Non-Gaussian Random Control”.

K350 Shaker
Florian Schmid, sales staff member from Munich, then discussed the advantages of the K2 Vibration Controller from IMV. He explained functions of the shaker such as random-on-random, multi-sweep sine, reporting options and, last but not least, the free Data Viewer, the software that supports remote access to all functions and test results. The new K350 Shaker also featured high in the discussions of the distributors at this year’s conference. The latest development of the company is a water cooled 350kN shaker features 76.2 mm pk-pk displacement and a shock velocity of 3.5m/s. 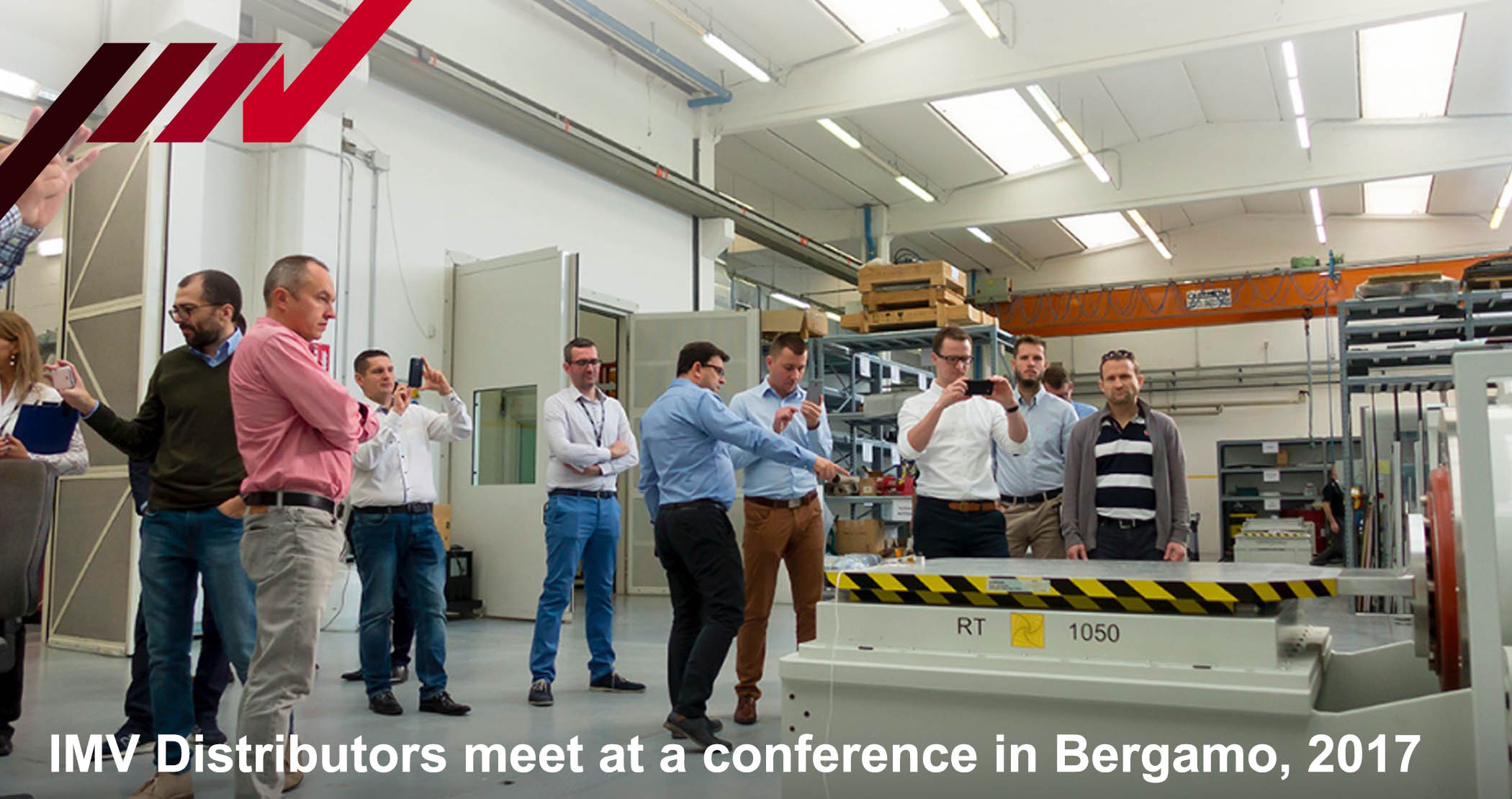