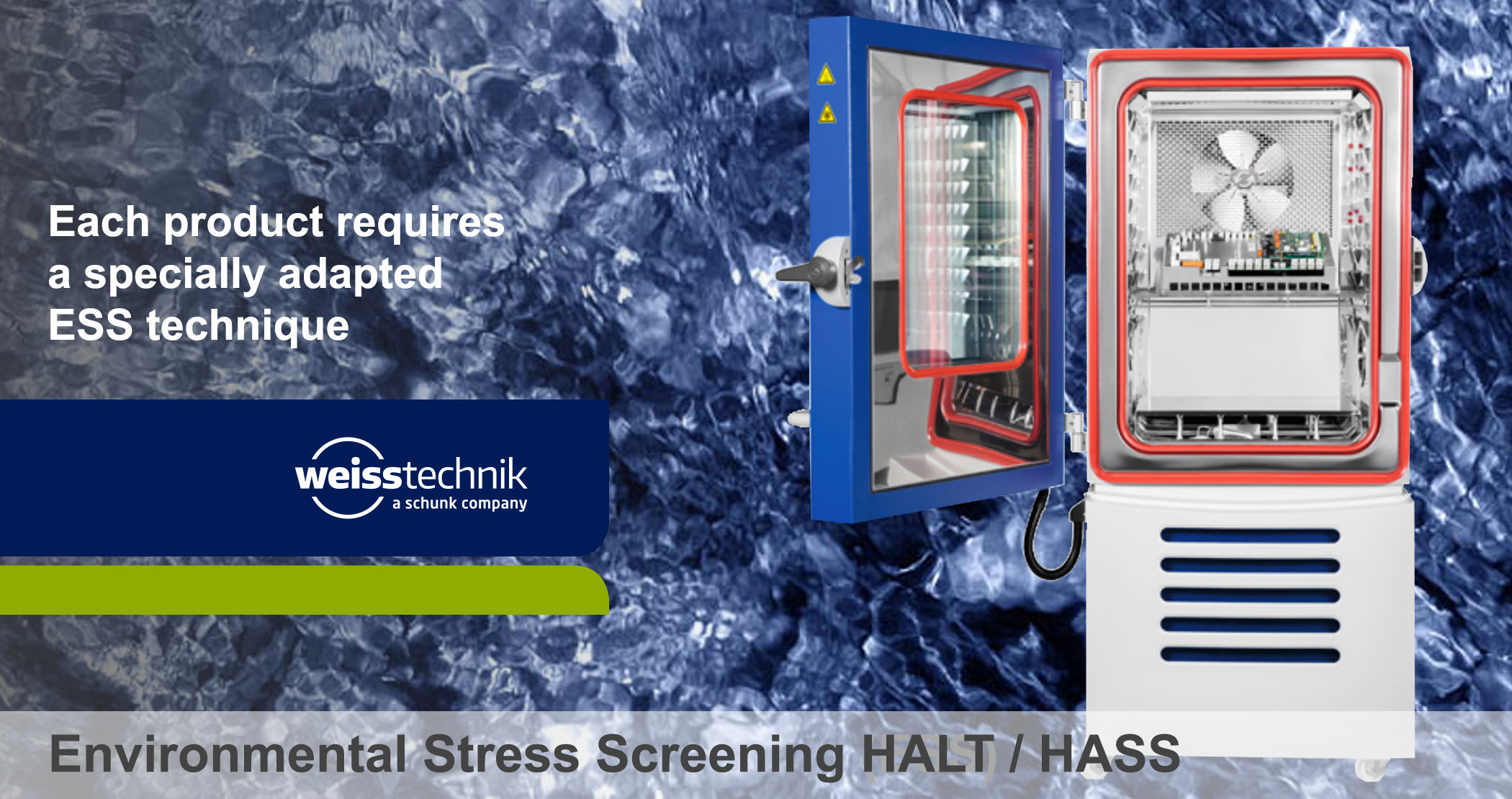 Temperature and climate tests may also be combined with vibration resistance tests, where the system enables the simultaneous simulation of mechanical vibration and thermal/climatic loads.
In such chambers (see illustration), products are subjected in a short time to as much environmental load as they might experience over years of operation in their intended operating environments. Thus, the manufacturer obtains fast information on the probable risk of failure in relation to a given product.

Even more radical heat fluctuations are simulated in a thermal shock chamber, where test objects are moved back and forth between a cold interior space (as cold as -80oC) and a warm one (up to +220oC).

More recent advances include equipment that enables what are known as HALT or Highly Accelerated Life Time) and HASS (Highly Accelerated Stress Screening) tests, where temperature fluctuation of up to 80K/min and omni-axial vibration are achieved at the same time.